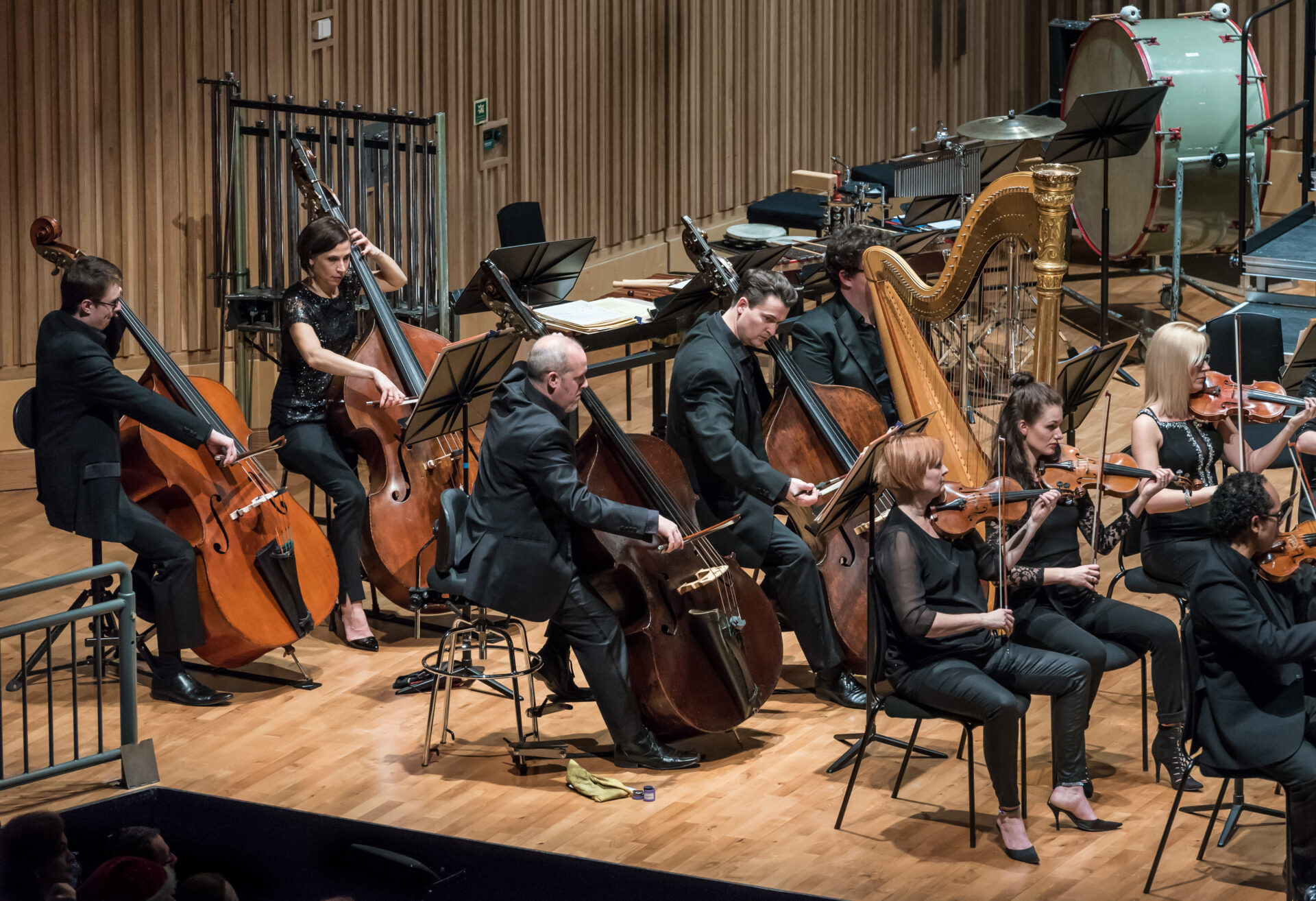 Get the inside view on the process of programming orchestral concerts from Angela Dixon, our Chief Executive, who works alongside orchestras and other venues to bring the very best ensembles and concerts to Saffron Hall.

I am often asked why certain genres of music or particular art forms feature in the Saffron Hall programme, and within those parameters how particular concerts get chosen for the season. I thought you might be interested in looking at how an area of programming, such as orchestral music, is decided.

The Hall was built with a number of purposes in mind, but acoustically speaking it was designed primarily for unamplified music, and in this respect it is a particular triumph. The combination of the wooden walls and floor, the high roof above the seating bank and stage and the relatively small number of seats (which, being covered in fabric, tend to absorb sound) makes it arguably THE best venue in the country to hear traditional classical music. It is particularly good for orchestral music because the very large stage can comfortably accommodate many musicians, so the hall still feels very intimate whilst faithfully and precisely reproducing the delicate colours and huge dynamic ranges orchestral instruments can produce.

Many of the orchestral programmes at the hall are also performed in London or other major UK cities. Classical music is time-consuming and therefore expensive to rehearse, so basic economics dictate that any programme prepared by an orchestra should be performed to as many different audiences as possible. In the case of an orchestral programme, the starting point is usually an idea sparked off somewhere between the conductor and artistic director of the orchestra. That programme is usually designed primarily for their own concert series; so in the case of the London Philharmonic Orchestra, for instance, that would mean for the Royal Festival Hall. It is then discussed with partners such as Saffron Hall, and suitable touring venues abroad. If we cannot perform one of the pieces - for example because we have done elsewhere in our programme recently and do not wish to repeat it - then a long negotiation ensues where the Festival Hall, Saffron Hall and possibly several overseas concert halls have to reach an agreement that suits everyone - including the conductor. Given that all those venues will have similar considerations, this can take time - and diplomacy! Sometimes a soloist has already been invited to join the concert, in which case we would usually have to work around a fixed concerto. Orchestras plan their seasons and tours around 2-3 years ahead. The BBC orchestras work on the same principle, but they also have to factor in the radio audience, which in turn means they often have to consider offering music new to that audience, so the programme has to also be agreed by a BBC Radio producer. It is unusual for the original idea to meet everyone’s requirements, at least without any tweaking (but very nice when occasionally it does work out that way!).

On top of all of these artistic considerations there are some practical ones. Bringing in a large percussion section for one five minute piece does not make financial sense. Making a feature of that large percussion section in another piece in the programme does. Devising an orchestral programme requiring very complicated stage moves between pieces can be demanding for stage staff and very boring for the audience! The Saffron Hall orchestral programme is built on strong, collaborative relationships with a healthy dose of ingenuity and give and take on the part of both the orchestras', and the hall’s concert and stage teams.

We look forward to welcoming our orchestra’s back soon!